We’re currently experiencing historically low mortgage rates. Over the last fifty years, the average on a Freddie Mac 30-year fixed-rate mortgage has been 7.76%. Today, that rate is 2.81%. Flocks of homebuyers have been taking advantage of these remarkably low rates over the last twelve months. However, there’s no guarantee rates will remain this low much longer.


Whenever we try to forecast mortgage rates, we should consider the advice of Mark Fleming, Chief Economist at First American:

“You know, the fallacy of economic forecasting is don’t ever try and forecast interest rates and/or, more specifically, if you’re a real estate economist mortgage rates, because you will always invariably be wrong.”


Many things impact mortgage rates. The economy, inflation, and Fed policy, just to name a few. That makes forecasting rates difficult. However, there’s one metric that has held up over the last fifty years – the relationship between mortgage rates and the 10-year treasury rate. Here’s a graph detailing this relationship since Freddie Mac started keeping mortgage rate records in 1972:

There’s no denying the close relationship between the two. Over the last five decades, there’s been an average 1.7-point spread between these two rates. It’s this long-term relationship that has some forecasters projecting an increase in mortgage rates as we move throughout the year. This is based on the recent surge in the 10-year treasury rate shown here: 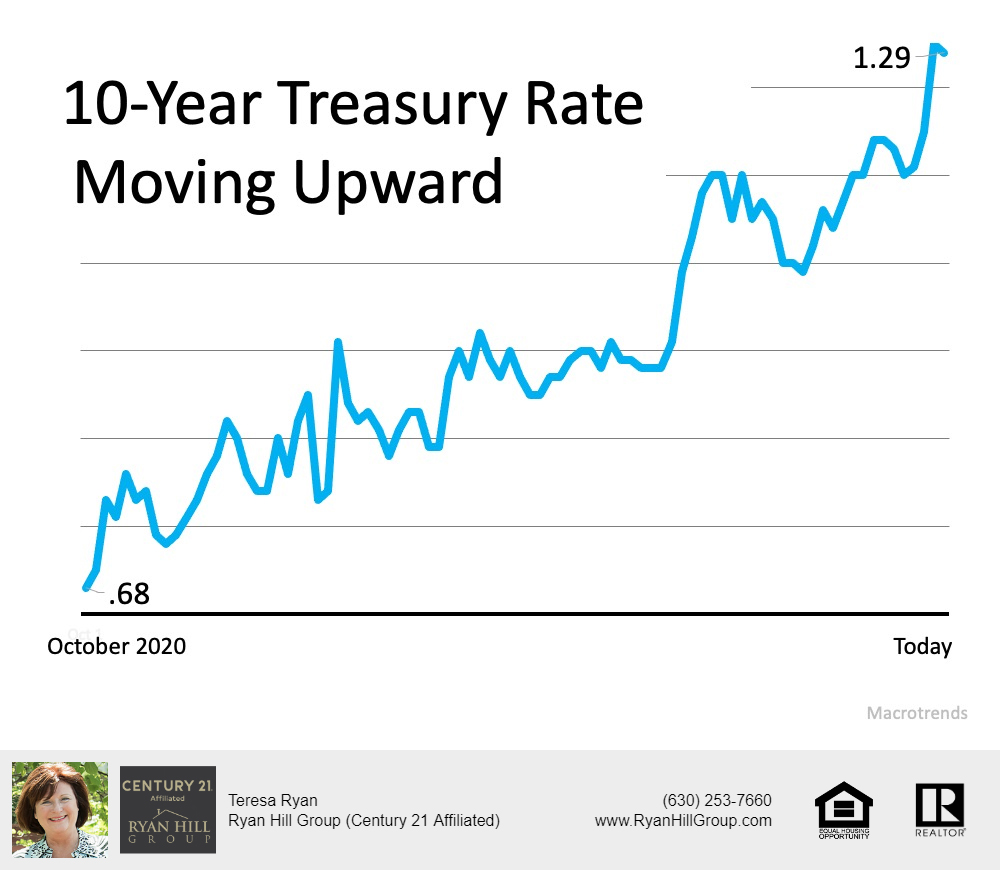 The spread between the two is now 1.53, indicating mortgage rates could rise. Actually, a bump-up in rate has already begun. As Joel Kan, Associate VP of Economic Forecasting for the Mortgage Bankers Association, reveals:

No one knows for sure. Sam Khater, Chief Economist for Freddie Mac, recently suggested:

“While there are multiple temporary factors driving up rates, the underlying economic fundamentals point to rates remaining in the low 3% range for the year.”


What does this mean for you?

Based on the 50-year symbiotic relationship between treasury rates and mortgage rates, it appears mortgage rates could be headed up this year. It may make sense to buy now rather than wait.

Search the full MLS and Exclusive Property Listings.
(Prices and inventory current as of May 21, 2022)