Why This Housing Market Is Not a Bubble Ready To Pop

Why This Housing Market Is Not a Bubble Ready To Pop


Prior to the 1950s, less than half of the country owned their own home. However, after World War II, many returning veterans used the benefits afforded by the GI Bill to purchase a home. Since then, the percentage of homeowners throughout the country has increased to the current rate of 65.5%. That strong desire for homeownership has kept home values appreciating ever since. The graph below tracks home price appreciation since the end of World War II: 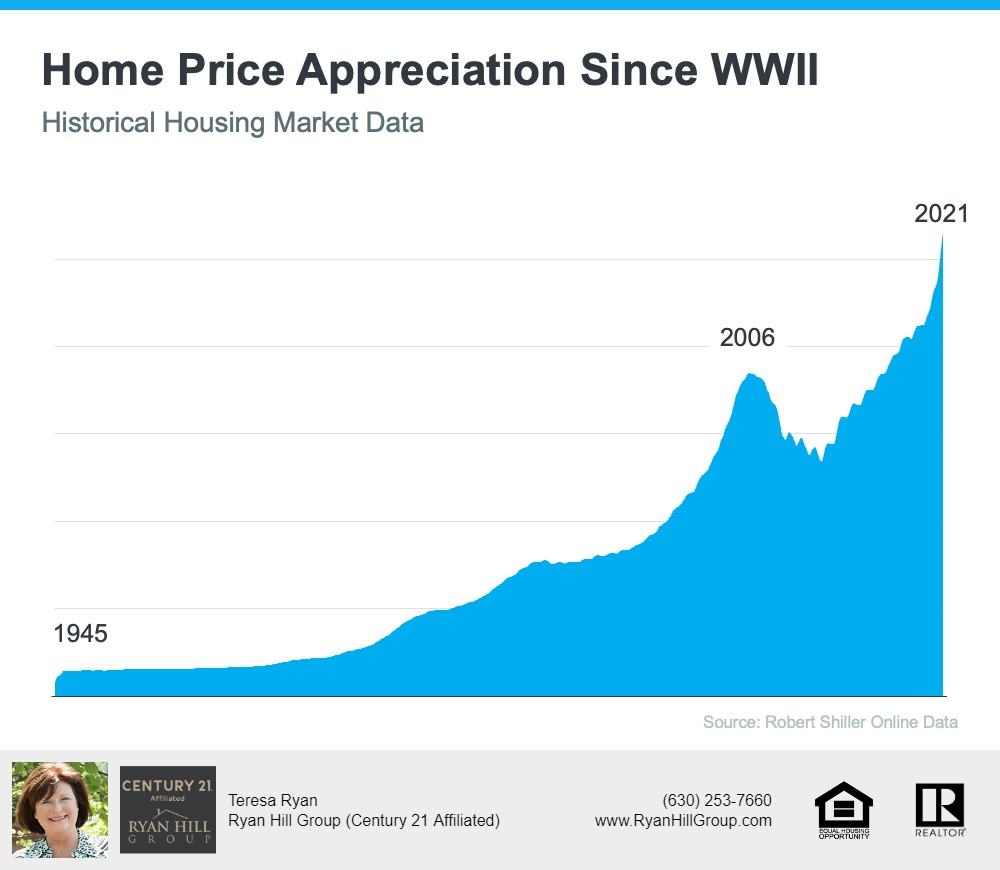 The graph shows the only time home values dropped significantly was during the housing boom and bust of 2006-2008. If you look at how prices spiked prior to 2006, it looks a bit like the current spike in prices over the past two years. That may lead some people to be concerned we’re about to see a similar fall in home values as we did when the bubble burst. To help alleviate those worries, let’s look at what happened last time and what’s happening today.


What Caused the Housing Crash 15 Years Ago?

Back in 2006, foreclosures flooded the market. That drove down home values dramatically. The two main reasons for the flood of foreclosures were:

1. Many purchasers were not truly qualified for the mortgage they obtained, which led to more homes turning into foreclosures.

2. A number of homeowners cashed in the equity on their homes. When prices dropped, they found themselves in an underwater situation (where the home was worth less than the mortgage on the house). Many of these homeowners walked away from their homes, leading to more foreclosures. This lowered neighboring home values even more.


This cycle continued for years.

Here are two reasons today’s market is nothing like the one we experienced 15 years ago.


1. Today, Demand for Homeownership Is Real (Not Artificially Generated)

Running up to 2006, banks were creating artificial demand by lowering lending standards and making it easy for just about anyone to qualify for a home loan or refinance their current home. Today, purchasers and those refinancing a home face much higher standards from mortgage companies.


Data from the Urban Institute shows the amount of risk banks were willing to take on then as compared to now. 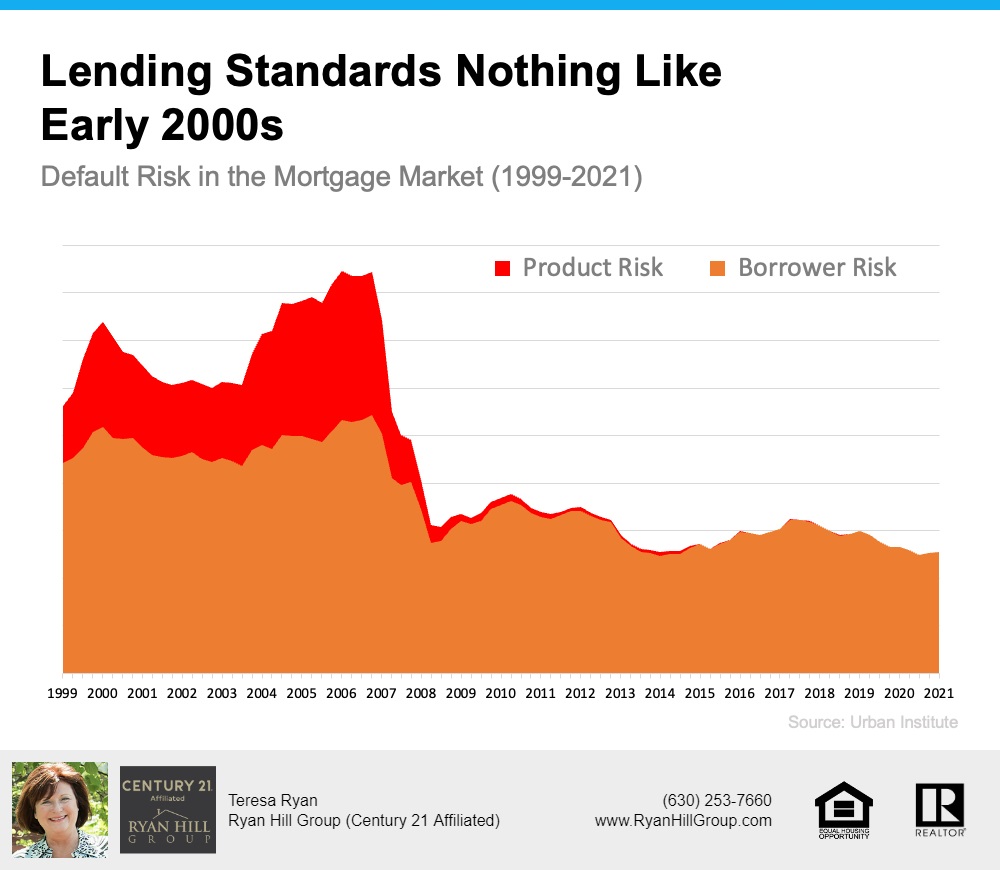 There’s always risk when a bank loans money. However, leading up to the housing crash 15 years ago, lending institutions took on much greater risks in both the person and the mortgage product offered. That led to mass defaults, foreclosures, and falling prices.


Today, the demand for homeownership is real. It’s generated by a re-evaluation of the importance of home due to a worldwide pandemic. Additionally, lending standards are much stricter in the current lending environment. Purchasers can afford the mortgage they’re taking on, so there’s little concern about possible defaults.


And if you’re worried about the number of people still in forbearance, you should know there’s no risk of that causing an upheaval in the housing market today. There won’t be a flood of foreclosures.


2. People Are Not Using Their Homes as ATMs Like They Did in the Early 2000s

As mentioned above, when prices were rapidly escalating in the early 2000s, many thought it would never end. They started to borrow against the equity in their homes to finance new cars, boats, and vacations. When prices started to fall, many of these homeowners were underwater, leading some to abandon their homes. This increased the number of foreclosures.


Homeowners didn’t forget the lessons of the crash as prices skyrocketed over the last few years. Black Knight reports that tappable equity (the amount of equity available for homeowners to access before hitting a maximum 80% loan-to-value ratio, or LTV) has more than doubled compared to 2006 ($4.6 trillion to $9.9 trillion).


ATTOM Data Services also reveals that 41.9% of all mortgaged homes have at least 50% equity. These homeowners will not face an underwater situation even if prices dip slightly. Today, homeowners are much more cautious.

The major reason for the housing crash 15 years ago was a tsunami of foreclosures. With much stricter mortgage standards and a historic level of homeowner equity, the fear of massive foreclosures impacting today’s market is not realistic.