Will We See a Surge of Homebuyers Moving to the Suburbs?

Will We See a Surge of Homebuyers Moving to the Suburbs?

As remote work continues on for many businesses and Americans weigh the risks of being in densely populated areas, will more people start to move out of bigger cities? Spending extra time at home and dreaming of more indoor and outdoor space is certainly sparking some interest among homebuyers. Early data shows an initial trend in this direction of moving from urban to suburban communities, but the question is: will the trend continue?


According to recent data from Zillow, there is a current surge in urban high-end listings in some larger metro areas. The month-over-month increase in these homes going on the market indicates more urban homeowners may be ready to make a move out of the city, particularly at the upper end of the market (See graph below): 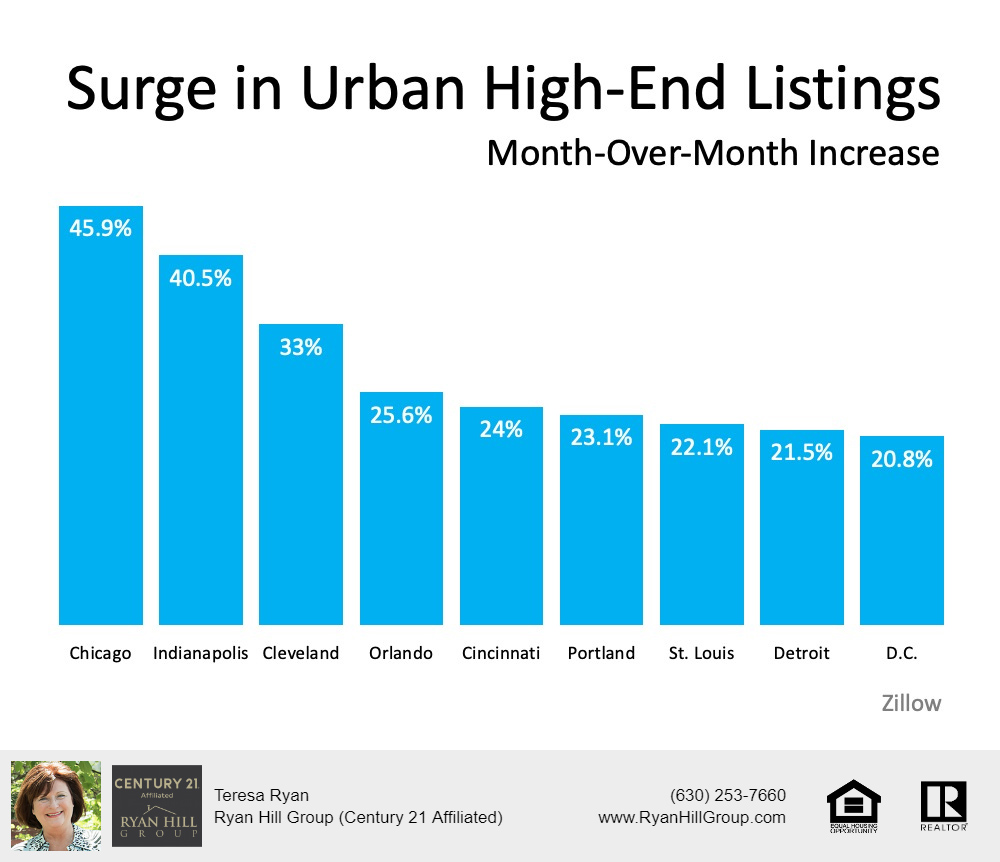 ?
Why are people starting to move out of larger cities?

With the ongoing health crisis, it’s no surprise that many people are starting to consider this shift. A July survey from HomeLight notes the top reasons people are actually moving today:

More space, proximity to fewer people, and a desire to own at a more affordable price point are highly desirable features in this new era, so the list makes sense.

“The trend is accelerating faster than anyone could have predicted. The need for more space is driving suburban migration.”

“Most recently, we’re really seeing a pickup in folks saying they want more rural or suburban locations. Initially, there was a lot of talk about that, but it’s really coming through our buyers today.”

“New home demand is improving in lower density markets, including small metro areas, rural markets and large metro exurbs, as people seek out larger homes and anticipate more flexibility for telework in the years ahead. Flight to the suburbs is real.”


Will the shift pick up speed and continue on?

The question remains, will this interest in suburban and rural living continue? Some, like Lawrence Yun, Chief Economist at the National Association of Realtors (NAR) think the possibility is there, but it is still quite early to tell for sure. Yun notes:

“Homebuyers considering a move to the suburbs is a growing possibility after a decade of urban downtown revival…Greater work-from-home options and flexibility will likely remain beyond the virus and any forthcoming vaccine.”


While much of the energy behind this trend has largely been accelerated by the current health crisis, monitoring the momentum over time is critically important. Businesses are discovering new and innovative ways to function in remote environments, so the shift has the potential to stick. Much like the economic recovery, however, the long-term impact may hinge largely on the health situation throughout this country.

Early data is showing a shift from urban to suburban markets, but keeping an eye on this trend will help us understand how it will ultimately play out. It may just be a temporary swing in a new direction until Americans once again feel a sense of comfort in the cities they’ve grown to love.